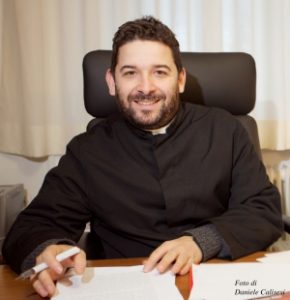 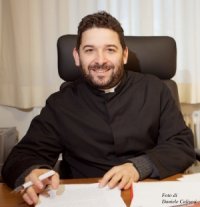 He was ordained a diocesan priest on 8 December 1998. After his studies in philosophy and theology he obtained a license of specialization in theological anthropology.

He is parish priest and holds the position of diocesan director for migrants.

He is among the known faces of the Pope John XXIII Community Association, an international institution of pontifical right and a great reality of the Church spread in Italy and in the world, founded by Don Oreste Benzi. Don Buonaiuto was with the founder Don Oreste Benzi in the last 15 years of his earthly life. Within the Association he has always dealt with the problem of forced prostitution struggling to restore dignity to the many women exploited on the streets, in homes and on premises by criminal organizations. In this context, it manages a prompt reception for the victims of trafficking and prostitution.

He is the general animator of the Anti Sects Service of the Pope John XXIII Community Association with a specific national toll-free number 800 228866, created in 2002 to help the victims of sectarian
organizations. This Service collaborates with the police and in particular with the State Police through the central operational Service of the Central Anti-crime Department which, within it, has set up the SAS (in english, Anti SectsTeam). The Anti-SectsToll-free Number interacts with the SAS of the State Police throughout Italy for problems relating to criminogenic sects.

An anthropologist and demonologist, he is one of the leading Italian experts in the occult sect phenomenon, also consulting in prosecution offices and law enforcement agencies. He has published several books including “The hidden hands” (publisher New Town), “The trap of the sect ” (Always publisher) and “Halloween. The devil’s trick “(publisher Semper). The Diabolical Sect (publisher In Terris) and two other volumes on the subject of Trafficking and Sects are coming out.He writes numerous articles, lectures and holds conferences on the theme of sects and prostitution, migrants and marginalization.

Publicist journalist, don Buonaiuto collaborated with several publishers including the national AGV news agency the Velino and Roma Sette portal of the Diocese of Rome. Every Sunday he writes a column in the newspaper of the Marche region, the Corriere Adriatico; draws up a commentary on the Gospel of Sunday in the diocesan newspaper The Action and comments weekly on the Gospel at the TV station of Marche TVRS; he writes in the Siap magazine (Italian Union of Police Members). He also collaborates with the monthly magazine Sempre published by the Papa Giovanni XXIII Community Association.

He is a “spiritual assistant” of the SIAP (Italian Union of Police Members).

He is the founder and President of the Association Peace on Earth Onlus, (www.paceinterra.org) a reality of welcome for the marginalized and, in recent years, also for refugees.

He is Vice President of the Laudato Si Association and one of the inspirers of the “Lab.Ora per mille giovani” project, a training course aimed at young people for a new “service leadership”.

He collaborates with the research and socio-religious information group (Gris).

He spoke at two hearings in the Senate of the Republic concerning the phenomenon of enslaved prostitution and that of mental manipulation. It organizes demonstrations and torchlight processions in favor of the “last”. For over 16 years he has been the referent of a prayer group that meets to pray the Rosary in Perugia in the area of Pian di Massiano every Saturday night for the release of young women enslaved because of prostitution.

He is the founder of the digital newspaper In Terris, present on the web since 8 September 2014.

He is the creator and organizer of the Via Crucis “For women crucified” (www.donnecrocifisse.it) created for the streets and squares of the capital in the years 2014, 2016 and 2017 in collaboration with the Diocese of Rome and many other institutions. The event, in favor of the liberation of women beaten, tortured, reduced to slavery due to prostitution, sees the participation of authorities, representatives of institutions, associations and thousands of people. He is the author of the texts of the Via Crucis, in which a similarity is drawn between the Calvary of Christ and that of the many women exploited on the streets. The Via Crucis will be remembered every year by Pope Francis during the Angelus.

He met Pope Francis several times. In the Pentecost vigil on May 19, 2013, together with Paolo Ramonda, general manager of the Pope John XXIII community association, he greeted the Pope giving him an icon of St. Francis made by the victims of trafficking.
In the year of the Jubilee of Mercy, February 9 2016, he received from Pope Francis the mandate of Missionary of Mercy. On 12 August 2016, the Pope visited a home for the victims of trafficking and was welcomed by President Ramonda of the Community Pope John XXIII and by Don Aldo Buonaiuto. On other occasions in Sala Clementina, in Piazza San Pietro shortly after the Pope’s visit to the Community Pope John XXIII welcome home, in conjunction with the Via Crucis “For women crucified”, for the World Day of the Poor, during an event on the route at the Pontifical Academy of Sciences and for the concert by Ennio Morricone in the Sala Nervi. He also met the Holy Father for the sale of a Lamborghini auction, whose proceeds were donated by the Pope to the Pope John XXIII Community.

He spoke at the XVIII Confederal Congress of the CISL where he reported on the phenomenon of enslaved trafficking accompanying some “liberated” girls who bear their testimony.

He teaches at the Nettuno Police High School for training inspectors on the phenomenon of the seven criminogens.

During the celebrations in Rimini for the 50th anniversary of the Pope John XXIII Community turns an appeal to the President of the Republic Sergio Mattarella to help institutions and all civil society to make known the drama of women enslaved because of prostitution. The President will concretely welcome the appeal with an important initiative to the Quirinale 8 March 2019.

It works to facilitate the solution of the problem and the reception of the Diciotti ship refugees by acting as an intermediary between the Ministry of the Interior and the Italian Episcopal Conference. On this occasion the Pope, on his return flight from Dublin, also publicly thanks him for his mediation activity with the Interior Ministry for the reception of migrants through the “humanitarian corridors”.

He participates as a speaker in the Senate at the Conference “Pornography, minors and online safety” organized by the Parliamentary Commission for Childhood and Adolescence.

He appeals to the comic note and actress Virginia Raffaele to clarify the meaning of his performance at the San Remo Festival where, during a sketch, he repeatedly invokes the name of satan. This public request will have a great media impact.

On February 15th Don Aldo is one of the speakers of the juvenile Conference organized by the CISL of Naples in the presence of the President of the Chamber Fico and the Cisl national Secretary Anna Maria Furlan.

Accompanying the Quirinale, 8 March 2019 during International Women’s Day, a young victim of trafficking received by the President of the Republic Sergio Mattarella. The woman tells her dramatic story of exploitation in the presence of the highest offices of State.

On March 4th the international channel National Geographic broadcasts the well-known television program “The story of God” created by the famous Oscar-winning actor Morgan Freeman. Don Aldo will be interviewed as an exorcist priest by the American star on the theme of the devil.

On May 1, on the occasion of Workers’ Day don Buonaiuto is invited by Confederal Confederate union to give his testimony on the stage in Piazza Plebiscito in Naples.

On 7 May 2019 Don Aldo organized for the Community of John XXIII the presentation of the film “Only beautiful things” at Palazzo Madama in the presence of the President of the Senate, the Secretary General of the CEI and the General Manager of the Association Giovanni XXIII Paolo Ramonda. 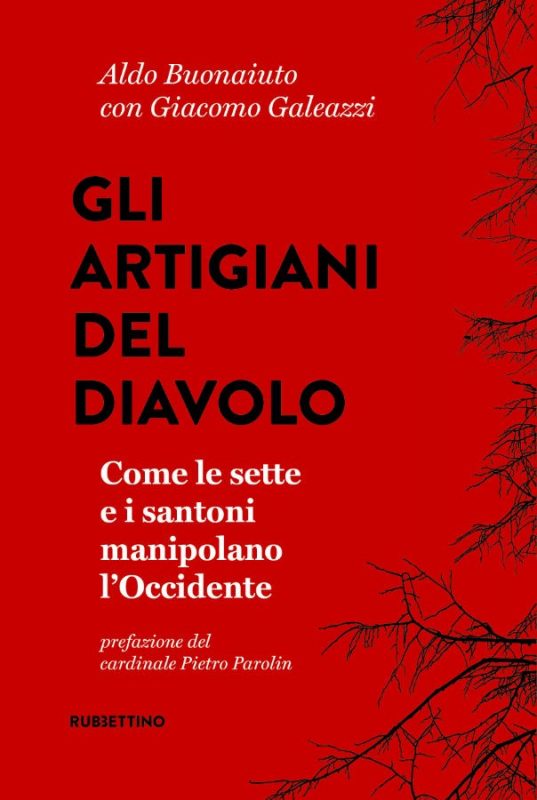 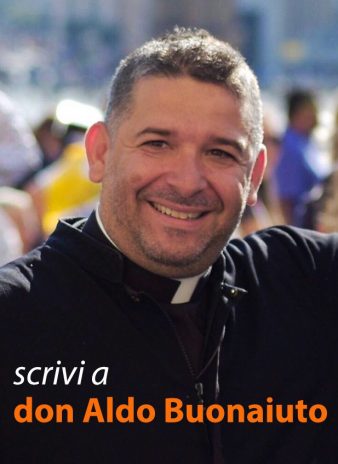